Look. I know as a writer I’m supposed to be professional and carry a professional voice when doing publications….

But I just can’t!

The Nerdist just reported that TOEI and Dyskami Publishing are releasing several tabletop games between now and 2018!

I am totally freaking out! Sailor Moon, a beloved, cherished part of my 90s upbringing is launching a series of board games?! 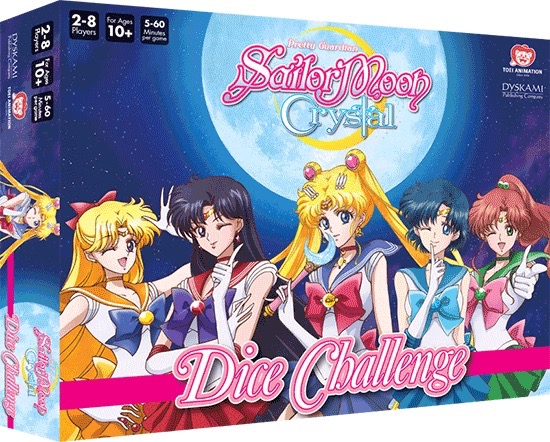 The first game to be released is similar to a game called Butten Men by Cheapass Games who will be reinventing the game for the new Sailor Moon Crystal Dice Challenge! This game is set for release at the end of summer in 2017. I’ve admittedly no idea what Butten Men is, but when you’re a tabletop gamer like me and hear the word “dice,” it’s an insta-buy!

This is only the first two in a series of games that TOEI and Dyskami Publishing are releasing. I’ll be keeping a super close eye on any additional information being released and share with you all! Maybe we’ll get a D20 Sailor Moon roleplaying game? Or, perhaps a storytelling co-op like Mice and Mystics!

Let us know in the comments whether or not your geeking out as hard as we are over here about Sailor Moon games!

Gnome is your friendly neighborhood transgender, communications wizard, writer, editor, podcaster, streamer, & social media pro! You can find him on the Rise of the Demigods, Chords of Fate, and We Never Left podcasts. You can watch him live on several twitch shows throughout the week. Full schedule over on twitter.com/gnomedic! View all posts by Gnome