Hexes & Bows began in 2015 when one gnome got tired of not being able to find a Dungeons & Dragons group to play with.  After purchasing some books and rolling a nat 20 to charm his wife into playing, too, Gnomedic grabbed a couple of friends to gather around the kitchen table.

The adventure began with the D&D 5e Starter Set and soon evolved into something incredibly organic. There were wolves and necromancers and assassins and plenty of rat people to go around.  A near-TPK almost ended the adventure at level three!  But the heroes pushed on, tackling every obstacle the DM tossed their way.

Each harrowing episode was recorded live on Twitch, where viewers are able to tip the channel or donate to charity in order to influence on the game in the form of reroll tokens! It’s an exciting way to involve the awesome fans of the channel! The D&D sessions are uploaded to YouTube.

The Magical Journey into Podcasting

With an everlasting desire to push the boundaries of his imagination, Gnome decided it was time to expand into the creative world of Podcasting. Launched in February, 2017, Gnome assembled a handful of tabletop gamers that harbor the same love and passion for gaming as he does.

Every Thursday the cast gathers, their images shimmering from the projection spells cast in order to traverse through the astral realm for mighty discussions about tabletop games. From news to new releases, classic and obscure, roleplaying and TCGs, the Hexes & Bows Podcast team pours their heart out for 1-2 hours sharing all they know and love about games.

Since most of the team is comprised of roleplayers, each episode ends in a comedic display of improv roleplaying. Set in the fictional world of Arth in the merchant town of Galter, several merchants take refuge in a hidden tavern known only to them. The secrecy of this tavern is worth their lives, as they are bound to keep its whereabouts known from those dread adventurers!

Yes, we are the NPCs in your tabletop RPG. These NPCs need a place to moan and gripe about the ridiculous demands suffered at the hands of pesky adventuring parties. Who really wants to buy 5 rusty goblin swords or sell a magical shield for 2/3’s the cost! They take their potions, they take their goods… No one likes a PC, but on occasion, a sucker does come along and pays the full inflated price of their goods. Each merchant has a horror story to tell, so be sure to stick around for the end!

New episodes of the Hexes & Bows Podcast release every Monday morning and can be found on SoundCloud and iTunes. 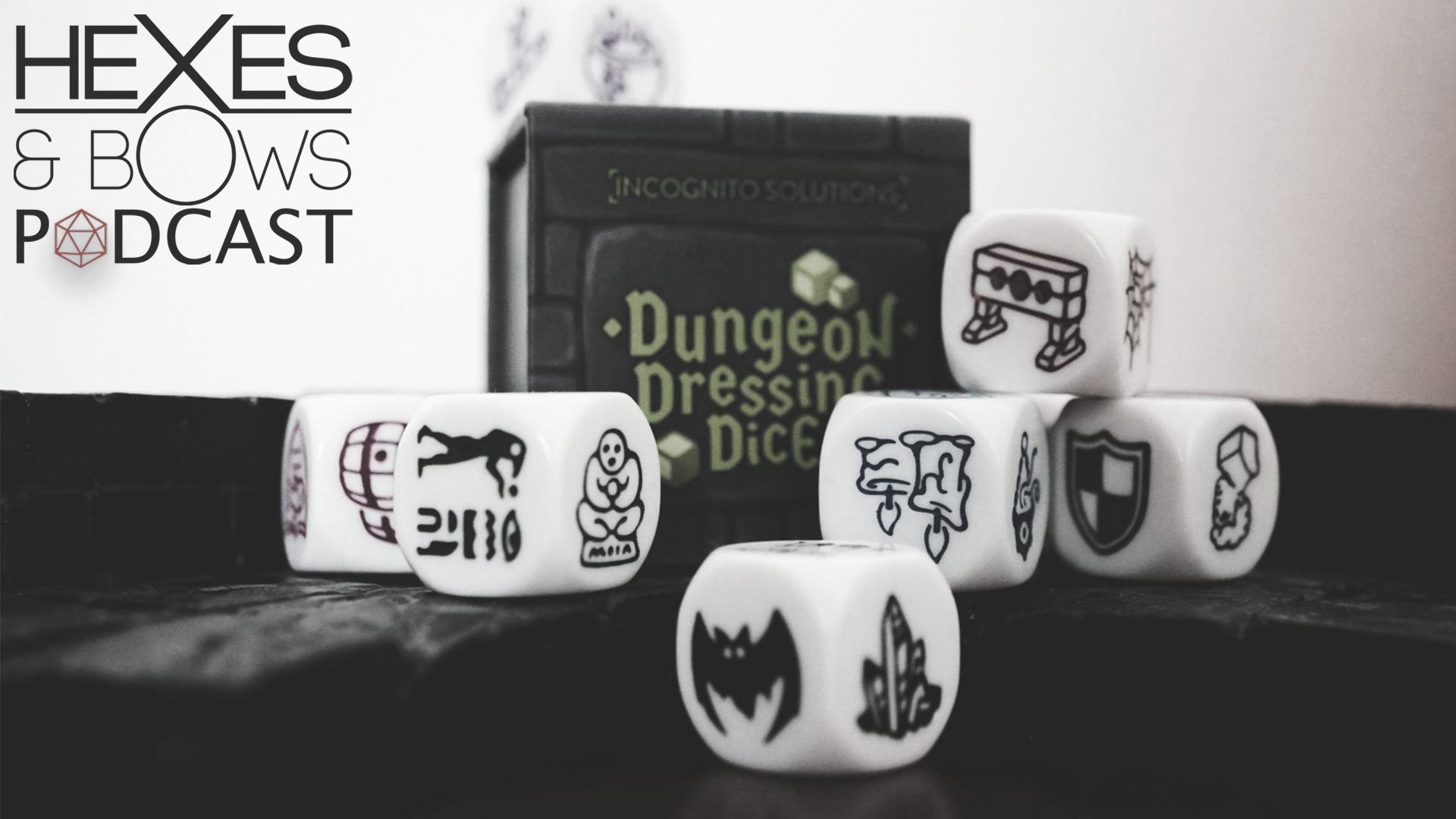